Intermittent Catheterization with a three-year-old

Most riders guide their horse with their legs, but Evie has no sensation from the knees down, as she was born with a form of Spina Bifida. It affects her balance, but that doesn’t stop her from riding Daisy. It also impairs Evie’s bladder and bowel function, so she uses urinary catheters to empty her bladder. 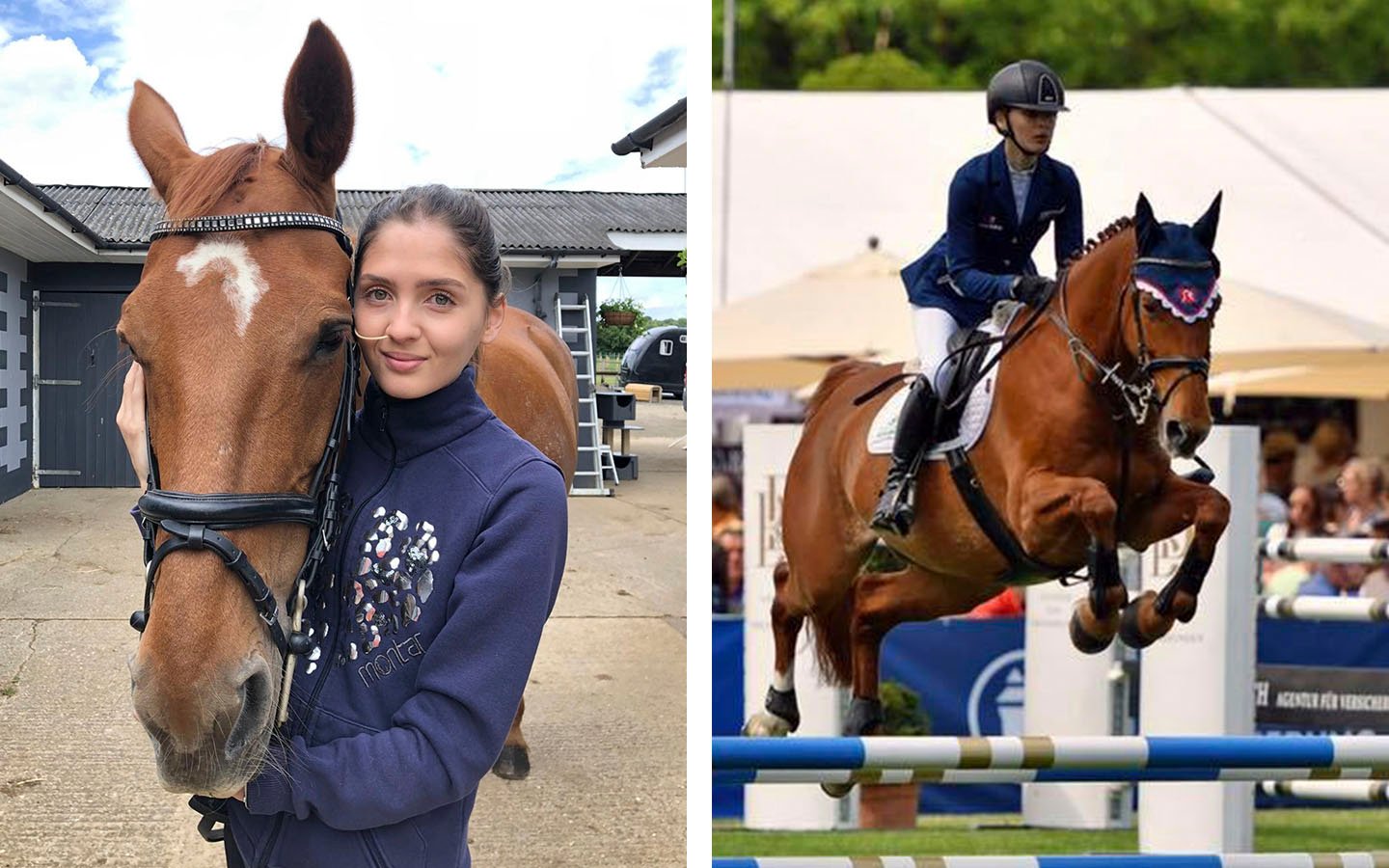 I’m quite organized with it and I just try to keep really clean with everything. When we’re at shows, I make sure I time it so that it fits in with my riding, then I can just jump off the horse, hand her to my Mum and go to the toilet and be done catheterizing and back on Daisy within a few minutes. It works really well, and it means I can do what I love doing, which is great.

As an infant in nappies, Evie’s bladder problems went undetected. As she grew, her parents suspected there might be an issue.

I was quite shocked I think when they said we need to start catheterization, explains Caroline, Evie’s mother.

After getting used to the idea, they went about preparing Evie for catheterization. The training at the hospital went well, but they weren’t prepared for what came next.

We came home, and Evie then realized, as did I, that this wasn’t a one off. This was every 3 hours from when she woke up in the morning until bedtime. She was battling hard then, three-year-olds are hard anyway, so imagine inflicting that on a three-year-old, taking an hour to do it, only to have to do it all over again 2 hours later. I couldn’t cope, I can honestly say I could not cope.

But things did get better, as Caroline started to find little tricks to make the catheterization easier for Evie.

I really had to rattle my brain to come up with something to make this work for us. Evie loved music, she loved Kylie Minogue at the time, so I bought a set of headphones and put them on her and every time she moved, I turned the music off…

It actually brought a little bit of fun to things and she associated it and called it her magic music, and it worked.

Catheterization became a part of their lives, and a couple of years later, when Evie was around 5 years old and wanting to become more independent, she wanted to learn how to catheterize on her own.

This sounds a bit crazy, but at the time the Wii game had just come out, so my idea was if she could do this, we would get her a Wii. A wee for a Wii we jokingly called it, and she did it straight away, so straight down to the shops we went.

I really enjoyed doing it on my own and getting a bit of independence again” says Evie.

It meant I didn’t have to be with my mum all the time, and it was the first sense of freedom that I got, and it was a big achievement for me.

How can a parent make it as easy as possible for their child to catheterize?

I think it’s about finding something that your child loves doing in life, for us that was horses and showjumping. Evie loved riding so much, she’d do anything just so we were able to go to the stables, or if we were at the stables, she wanted to get any procedures done so that she could go back to riding. I felt like I had a tool I could use to help motivate her with her care.

I would really advise anyone to find anything that your child loves doing, any hobby or activity, that can help motivate your child to deal with what they are dealing with in order to engage with what they love.

Being able to ride provides so many benefits for Evie, and not even the lack of sensation in her legs, or her bladder problems, will stop Evie from training and competing.

I’m really grateful for how my life is now because I self-catheterize, I can show jump and go to school and there are so many things about me that are normal, and that I can do normally thanks to catheterization.

Connect with Evie and learn more about her story: