Back from Mount Meru - supporting Haydom Friends in Tanzania

Reaching the summit of Mount Meru has been a momentous achievement for our wheel chair users, and it's all for a good cause - the Haydom Friends project in Tanzania, supporting children with Spina Bifida. 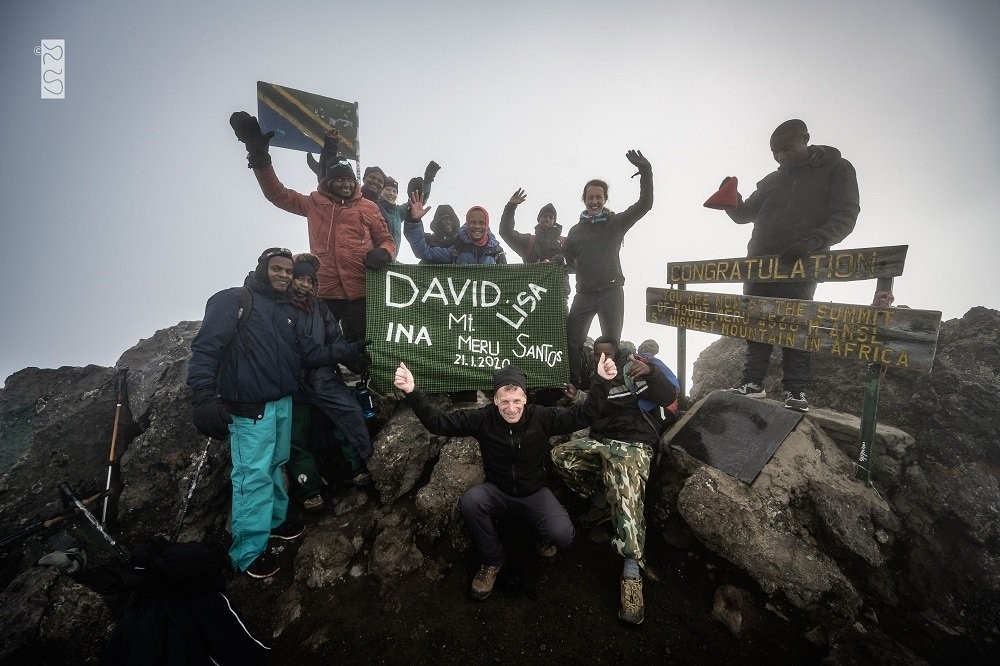 Haydom Lutherian Hospital
The events that followed our climb up Mount Meru turned out to be the most important part of our journey. We made our way from urban Arusha to rural Haydom. The trip there alone was very interesting, as you could notice big regional differences. From Arusha, a city with many paved roads built in parallel to the growth of tourism, a well-developed interurban road led west. But at some point, the villages got poorer, the road got worse and the asphalt disappeared. The driver called the last 50 km to Haydom the "African Massage", because the roads here consisted of sand and gravel and we were thoroughly shaken. After having experienced extensive massage and driving though several herds of cattle, we arrived in Haydom.

Once in Haydom, we moved into our rooms in the guest wing, more accessible than in the hotel in Arusha, but hardly wheelchair friendly. A garden chair was the shower seat of our choice this time. A tour of the clinic with the pediatric chief physician "Daktari" Joshua Gidabaday quickly told us that this was not to be compared with what we normally would define as a clinic. The site consisted of several buildings that had been added on one after the other, some of them just containers and barracks which were connected with covered concrete pathways. This design ensured beautiful green courtyards, but also enabled animals to get into the patients' rooms. The quality of the equipment varied from one building to the next. While some areas were sparsely equipped, there were x-ray machines in radiology. Here, however, the images were still partially developed by hand. The beds and wheelchairs, some of which were only held together by God's will, made a bad impression. 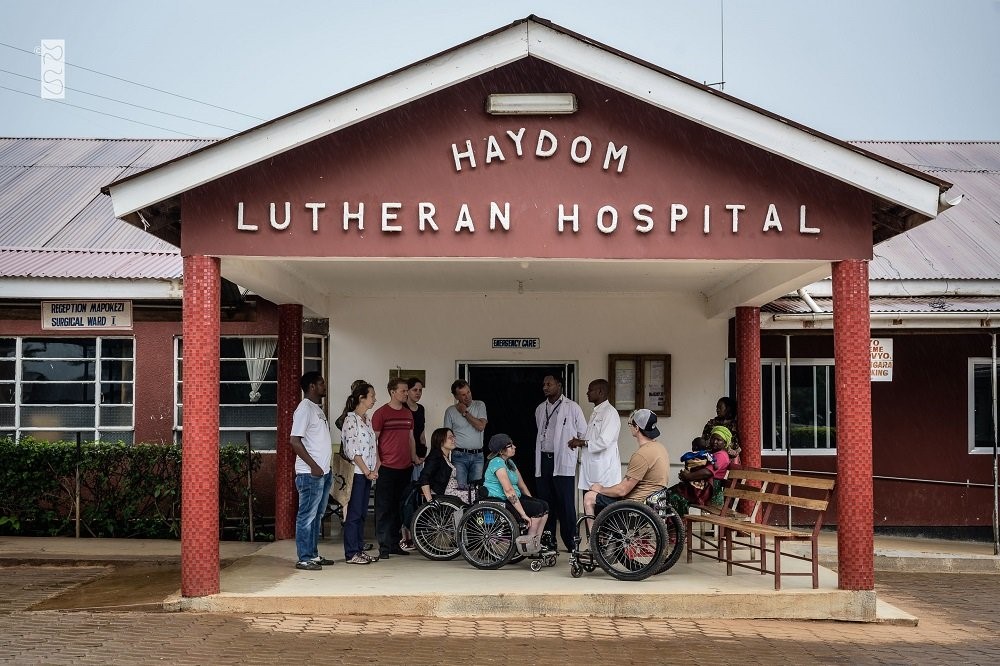 But regardless of the equipment, it quickly became clear that the staff, doctors and nurses here were highly motivated and committed to offer their patients the best possible service. Arriving at the children's ward, called "Lena Ward" after a family who donated money to this part of the hospital, we learned more about the Spina Bifida program – how it has grown in recent years and why the House of Hope is extremely important for the program’s continued existence and further development. There were 80 beds in the Lena Ward and when they were all occupied there was no place for families who wanted to take part in the aftercare program – or who could not return home due to the superstition of other villagers after the birth of a disabled child. The House of Hope should remedy this and give the families space to face their new challenges, to learn and to exchange ideas. Above all, children with disabilities should benefit from being able to leave the hospital, and not be considered “sick”.

The next day began with a service, as customary here at the House of Hope, during which we were introduced to the others. There was talk about the House of Hope and of course about the successful course of the charity hike on Mount Meru, which was now also broadcasted on national television. Then finally our focus moved to the children and their families.

Despite my efforts to learn Swahili, communication was only possible through interpreters. However, the children quickly warmed up to us and we could encourage them to try to get moving. Balls and balloons helped, but also ropes and coloring books.

Unfortunately, because of the extra cost, not all families were able to take their wheelchairs with them, so we had to improvise with the wheelchairs from the emergency room and a wheelchair we brought with us. From time to time children had to take a seat on stools or on the floor because there were simply not enough wheelchairs.

The wheelchairs were also the next item on the agenda. Together with Jens Naumann, founder of the 4ma3ma Hamburg branch, special education teacher and experienced trainer for the Rollikids, we took a closer look at the wheelchairs. 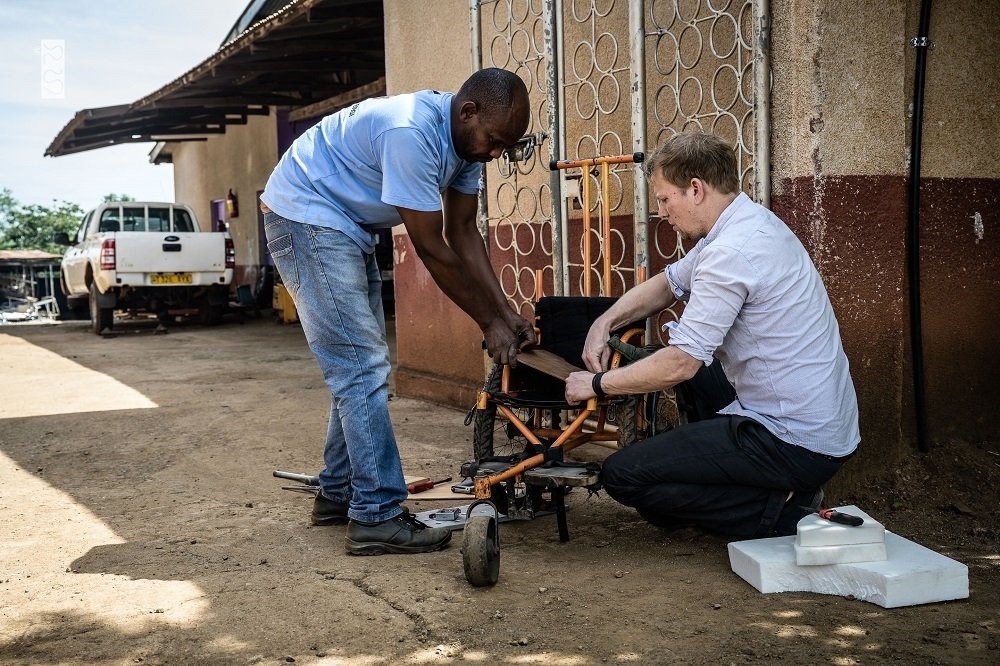 We examined the wheelchairs built in Tanzania, repaired with whatever could be found in the clinic's own workshop, and then discussed how to design the wheelchairs so that the children would be able to move more effectively. A collaboration was established here during our stay, which will be continued in the future.

Basically, we think the wheelchair concept is very good, because it is adapted to the regional conditions and the production costs are low. A wheelchair here costs around 250 euros and is therefore significantly more affordable than European chairs. Not to mention the sustainability aspect if the chairs are produced locally and can be equipped with local spare parts. It only needed a few conceptual changes to enable the children to drive the wheelchairs efficiently.

In the future we hope to be able to set up a regular mobility and sports program as well as wheelchair adaptation and repair training with the House of Hope. At the moment, sports and mobility are not considered very important, or have not been in focus. But I think we were able to show the clinic and the people on site how important and valuable the exercise training can be for mobility.

Musa is supposed to go to school
One of the children, Musa, lives nearby and is at the age when schooling is due in Tanzania. Unfortunately, wheelchair users have so far been scarce in state schools and unheard of in the region. However, at a primary school in the Basotu region there were already specialized teachers, if only for people with visual impairments. There we tried our luck and visited the school and started by approaching the first-grade senior teacher.

Together with Hendri Tlawi, physiotherapist and project coordinator from the Haydom Clinic, Bryson Malleyeck, nurse in the Haydom children's ward and Theresa Harbauer, we managed to set things in motion.

However, the school is anything but free of obstacles. Each classroom has at least one, some even two or three, tall steps outside the door. Depending on the weather, the school playground is dusty, muddy or something in between. The toilets are just small cabins with the kind of squat toilets very common in Tanzania, consisting of nothing but a hole in the ground. 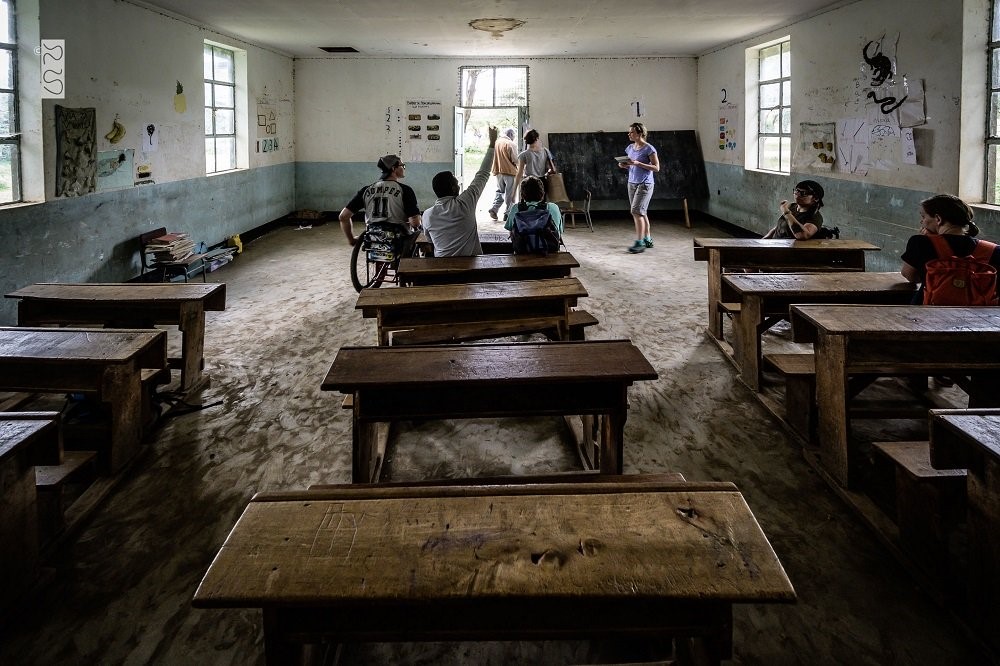 But again, we liked the pragmatism with which all these problems seemed to be overcome. While in Germany, even schools free of obstacles are sometimes looking for excuses not to accept children in wheelchairs, solutions were sought and found here. Ramps, toilet attachments or turning two cabins into one - hakuna matata - no problem! The currently unused preschool room already had a ramp and could be Musa's classroom for now. Wow, this was easier than expected and some German schools could really learn from it!

Then we went directly from the school to Musa’s house to get an impression of her road to school. Unfortunately, this was somewhat sobering, because the approximately 5 km long way to school led over dusty and muddy roads, a hill and a flooded road that was impossible to cross in the rainy season. But here too, the team consisting of the senior teacher, therapist Hendri, Daktari, Theresa and ourselves, quickly had a few ideas. For now, Musa could live near the school in a specially rented house, whereas in the long run, a vehicle would be purchased to pick up and drive the neighboring children with disabilities to school.

The head teacher gave Musa a first lesson at home by putting him on the floor and practicing writing with him. The family, who lives in a very small country house, was moved to tears. And so was I, when Musa's mother told me that we would have a home here from now on and would always be welcome. What a successful day!

In the future, these exchanges will also help children and young people to be accepted at other schools. Further talks are currently being held by the Haydom Clinic at another school. With the help of Hendry and Bryson, 17-year-old Neema is to be given the chance to attend school for the first time in her life.

Farewell, conclusion and Safari2Go
Back in Haydom, we were again treated to another service. As a symbol of the importance of motivation, I gave the clinic a 4ma3ma duplicate wheelchair that will give many children a first glimpse of the importance of self-determination for becoming mobile. Then we packed our things and drove happily back to Arusha.

I am so very grateful for this experience and happy that Haydom Friends and Wellspect Germany made it possible for us to rethink Tanzania and to focus more on self-determined mobility. As mentioned at the beginning, we fight for the same goals and with the same methods in Europe and in Germany – and even if Tanzania is still at the beginning of their quest for participation and accessibility, you often have the feeling that there is a readiness to discuss these topics and even make infrastructural adaptions to meet the country’s needs.

On the way back we treated ourselves to a safari in the Tarangire National Park and enjoyed the sights of giraffes, elephants, pumas and even a lion. 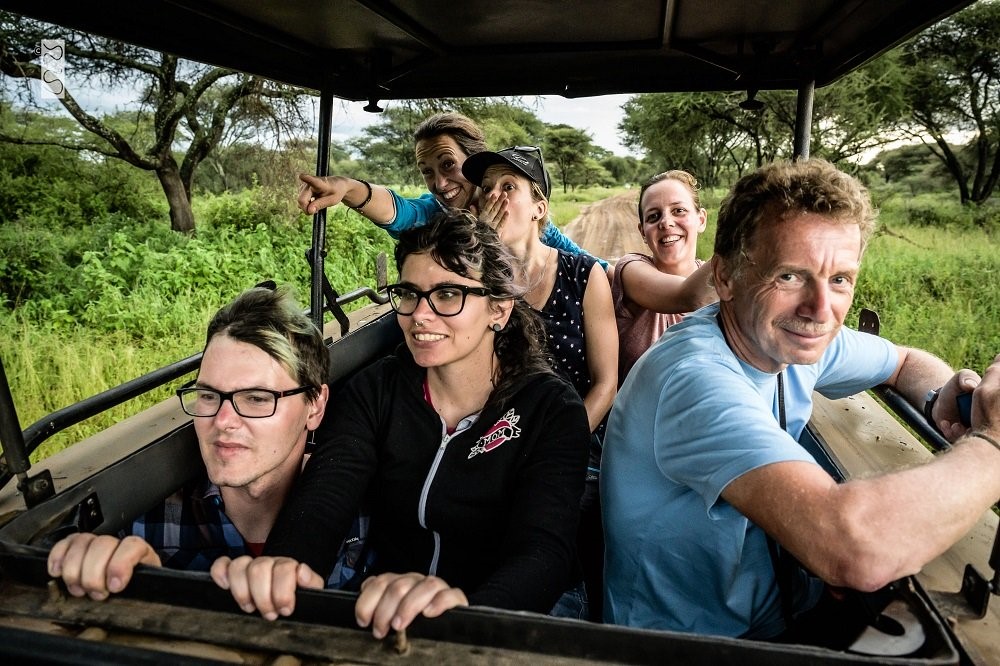 We are now back home and are working on sorting out our thoughts and ideas. One thing is certain, this was not our last visit to Tanzania. We very much hope to be able to visit Musa at school next time and to be able to inspire even more children to discover mobility at the House of Hope.

To make this possible, we kindly ask you to make a donation to the House of Hope on the website of Haydom Friends. With the help of many, a lot can be done there in the future. Since the concept is already working in other places in Tanzania, it is a safe, sustainable investment in the future of many children and families.