How can we make women’s sport more visible?

On International Women’s Day, we celebrate the sporting career and advocacy for women’s sport of Wellspect Ambassador and Wheelchair Basketball player, Sophie Carrigill. 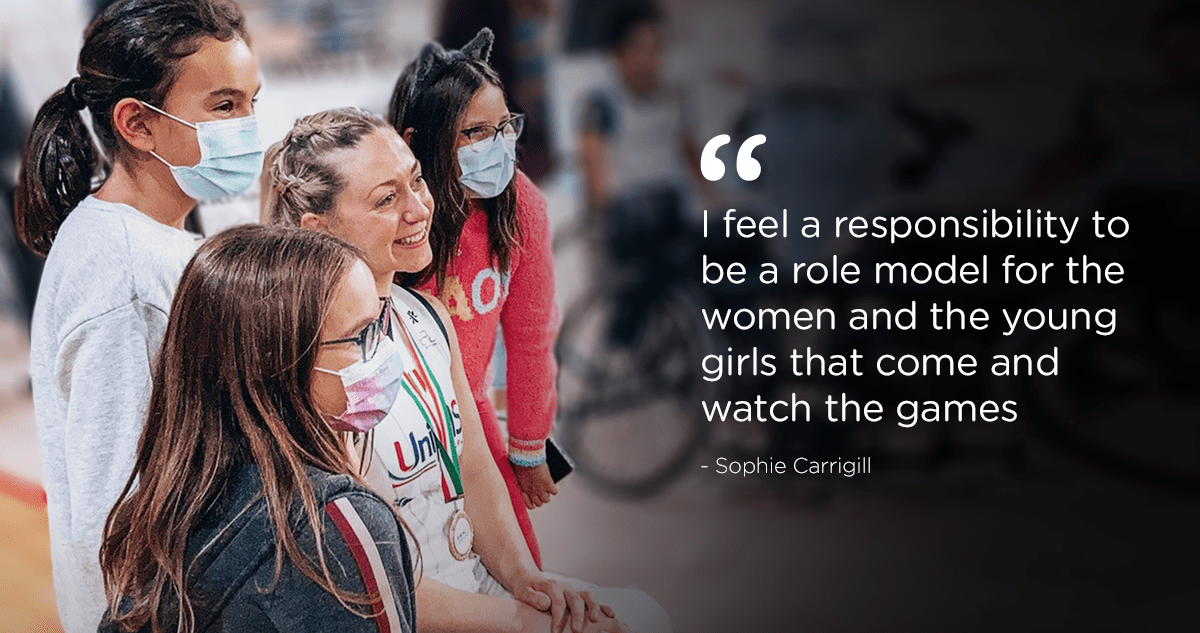 Sophie’s decorated sporting career has provided fantastic opportunities to compete, travel and perhaps most importantly become a role model for young women and athletes. We caught up with Wellspect’s newest ambassador to discuss the empowerment offered by women’s sports and the need for greater recognition of women in sports.

What does it mean to you to be a woman in sport?

I'm playing in a team now out in Italy that is an all men’s team and I'm the only woman. I feel a responsibility in that sense to be a role model for the women and the young girls that come and watch the games. So that they can see that it is possible to not only play with men but be able to compete at that level. To show that the opportunities that women have are vast, whether that's in disability sport or sport in general.

So, for me it's about being able to be a role model in my current situation; not only when I’m playing for the GB women’s Team.

It’s clear that you take your position as a role model for young women in sports seriously, tell us more.

After all of our home games, we spend time with the fans afterwards. They come and talk to us and take pictures. I have a lot of the young girls coming to me to say, you know, it was great to see you play and that type of thing. So, it's good to be able to have that little bit of a relationship with them outside of the sport.

I'm also working with the Women’s Sports Trust, a charity that’s really dedicated to making women’s sport more visible, viable and unstoppable. Within that, we run a program called the unlocked program, where we come to support a number of athletes through 6 to 8 months of education with workshops and webinars. To connect them with the best people in the industry to put them on the map, to make them more visible.

So, I'm pretty focused on the growth of women in sport.

Growing up, who were your female role models in sport?

I vividly remember watching the Olympic Games when I was growing up as a young girl, watching Kelly Holmes as she went on to win those two golds at one of the games. I just remember being so inspired and amazed at what she was capable of doing and that the whole country was behind her.

It stuck in my mind as a memory and I was always thinking about what I could do at the Olympic Games, what could I be good at? Ultimately, life completely changed, and I ended up competing at the Paralympics.

Then there’s Serena Williams. I absolutely love tennis and she's been a real inspiration. She's sort of grown as a woman and alongside me growing up. She shows how fearless and how confident you can be. She's obviously an amazing, successful athlete but she's also such an advocate for women in sports, challenging stereotypes and showing us that it’s okay for women to be fierce and strong. I love that about her. 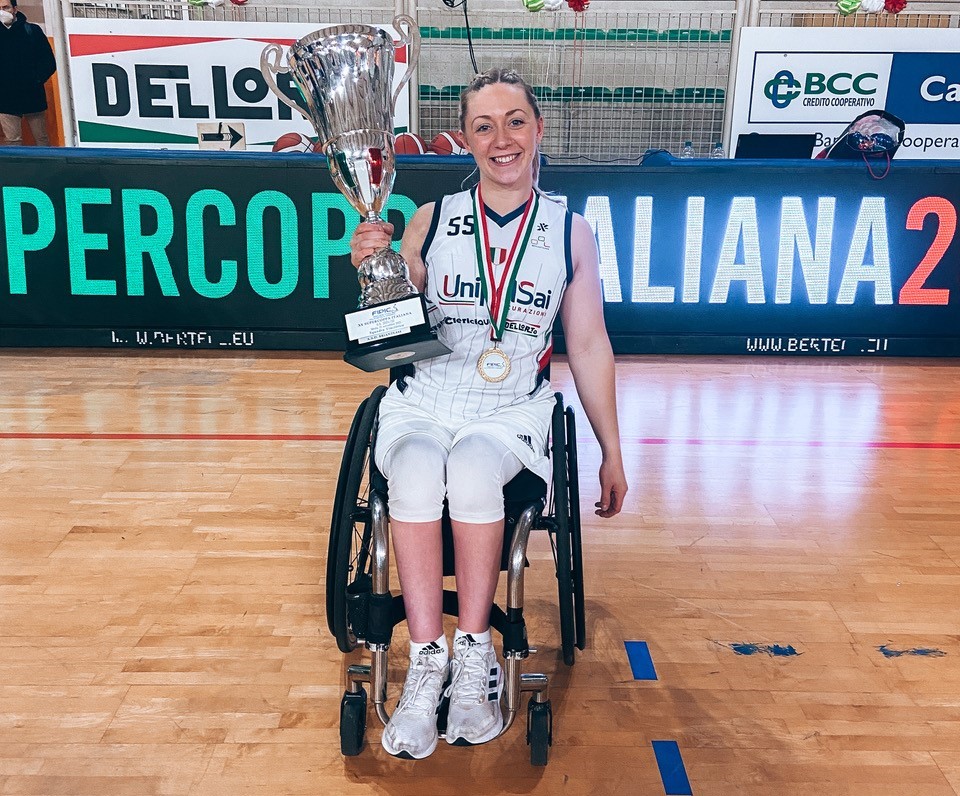 Sophie after winning the Super Cup with Briantea84

Wheelchair basketball has offered you an opportunity to play on both mixed and female teams, what has that experience been like?

I'm getting a different opportunity and a different challenge here playing with men, but I think the way forward is that women should have the opportunity to play with women. You don't really see mixed up teams across all other sports. So, it's quite unique in wheelchair basketball.

The new Women's League that the UK has launched has been really successful, with lots of competitive games. It's the first professional league of its kind. I think that's where we need to go with the sport and offer more opportunity for women to play against each other and not just having to play in the men's league.

One day I'd love to see the same level of funding and support behind all women’s teams, that are potentially linked to the European men's teams.

What are the biggest barriers to reaching that kind of equality for women’s sports?

I think it's so embedded in history. You can go back years and years, and the equality between men and women was obviously so much worse than it is currently. You look at football and how massive that is for men’s sport.

We’ve already seen massive, massive growth over the past few years of viewing figures and as they broadcast more women’s sport on TV, it’s more talked about. The more people get behind it, the more we can all embrace every type of sport. 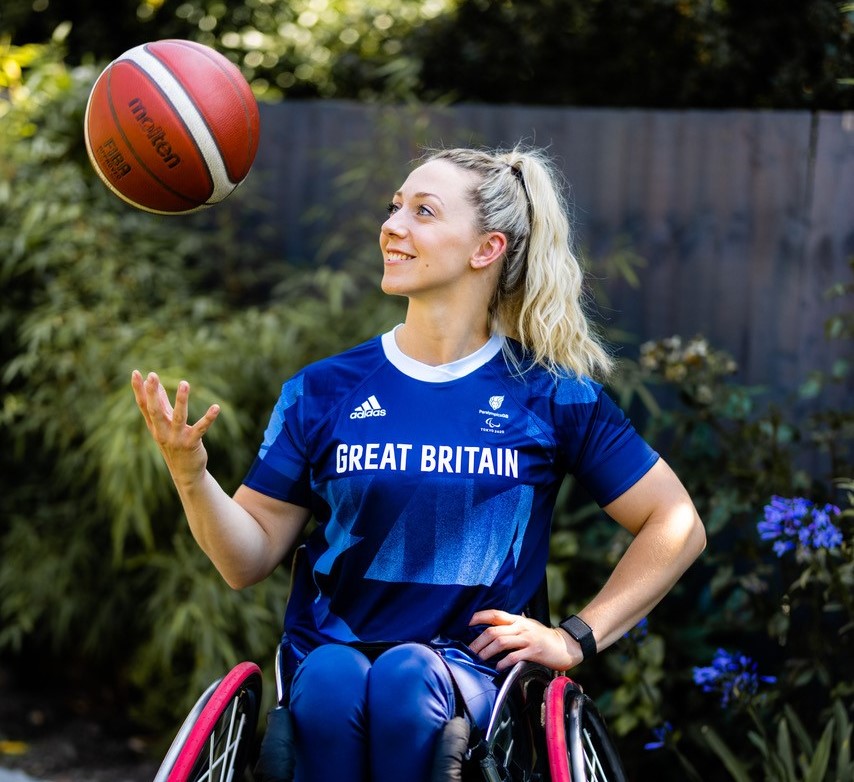 Do male athletes have a role to play in improving the visibility of women’s sport?

I think everyone can be an ally of women’s sport, men included. The men who have a really high profile, footballers, for example, can be shouting about the women's game as well.

What advice would you give to a young female athlete?

My main advice is just to stay motivated and stay focused on your goals.

It’s about being brave and determined really. Don’t be afraid of the challenge or of doing things wrong. There are countless times in my career that I've made mistakes or had major setbacks. Ultimately, they make you stronger and make you a better person. Be really brave through those challenges that you face, and keep going, keep shooting towards your goal.

Being able to live abroad and play the sport that I love was something I'd always wanted to do. Seeing that becoming possible is another one of my dreams that I've fulfilled. I'm 28 and I'm probably halfway through my sporting career. So those goals might not happen overnight. They might not happen this week or this year but if you keep working hard, they'll happen.