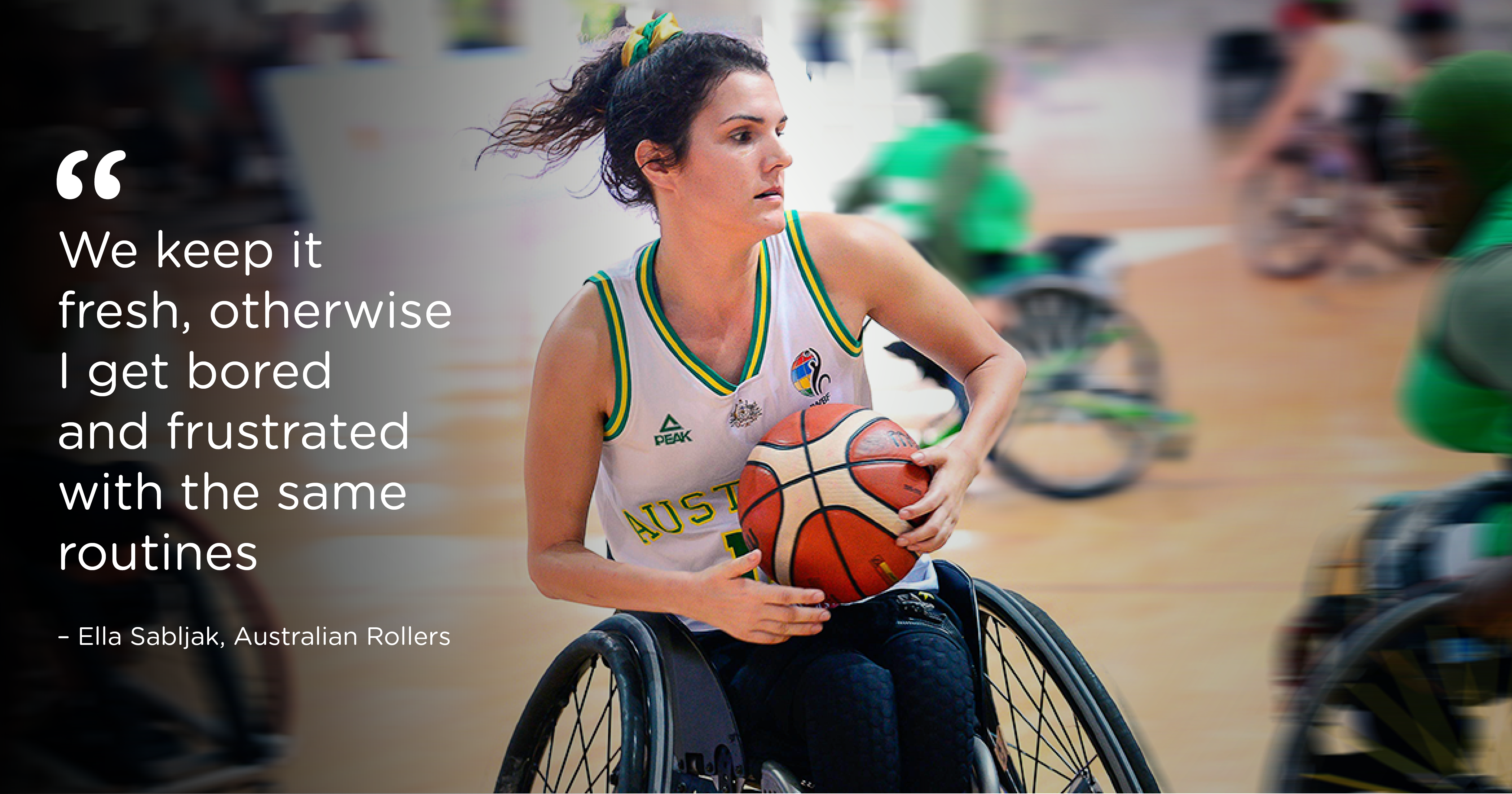 A 1.0 point guard, Ella began playing wheelchair basketball for the Brisbane-based Queensland Comets in the WNWBL, with whom she won the league championship in 2014 and was named the league’s Most Valuable Player 1-pointer.

Matt is considered one the best 1.5 classed players in the world. Matt was 18 years old when he acquired transverse myelitis, a neurological condition which caused swelling around his spinal cord, leaving him paraplegic.

How did you both find wheelchair basketball?

Ella: I first tried it when I was in grade two, about seven years old, and loved it. There was a club on the other side of town, about an hour away, but it was too far. When I was sixteen, I tried wheelchair racing — I was terrible at it, rediscovered wheelchair basketball and have been hooked ever since.

Matt: I first heard about it as an eighteen-year-old in the local spinal unit, and as soon as I returned home, I found that there was a local club in my hometown. New to a chair, I wanted to keep fit, and I enjoyed it — I progressed and started playing competitively.

Leaving the house at 05:30, Matt and Ella often find themselves returning home at 10pm. What does a week in the life of an athlete look like?

Matt: We do about 2x2 hours on-court sessions with an hour in the gym most days, and take Wednesday and Saturday off, but still train.

Ella: It keeps it fresh, otherwise I get bored and frustrated with the same routines, so this keeps it interesting.

And how are the facilities in Australia?

Ella: At the older basketball stadiums accessibility was an afterthought, for example, you can’t access the stands, and the bathrooms were not equipped adequately.

Matt: We use the federal facilities — I’ve been quite lucky; my hometown on the Gold Coast hosted the 2018 Commonwealth Games, so they pumped a lot of money into the local facilities, but overall, the standard is very good here in Australia.

Ella: I eat all the time! Obviously, I’m eating the right balance of carbs and protein, that allows me to prepare for sessions and refuel — I don’t have a sweet tooth, I can’t binge on junk food, I genuinely like healthy food.

Matt: It’s great that Ella eats so healthy, it keeps me on track! And we tweak those diets to drop weight or put on muscle.

While the pandemic has delayed the sporting calendar, Matt and Ella are focused on the task at hand. How did the delay affect them?

Matt: Everyone in the sporting world was heartbroken. We work in 4-year cycles, it’s hard to commit to four years, so an extra year — it’s a lot of work, and outside of basketball, you have plans, it all gets impacted.

Ella: The borders shut pretty quickly if there’s a case of Covid; at one camp, half of the team from Perth had to quarantine — it was difficult, but more recent camps haven’t suffered from any lockdowns.

But with a quiet steeliness, Matt reflects upon a big positive:

Anyone who is in front of us; we’ve had another year to chase them down and leave no stone unturned!