A varsity football and soccer player in high school, Mark’s life was changed by an accident at the age of 18. Left a quadriplegic after his accident, Mark refused to let his situation drag him down. He went on to graduate from Georgia Tech, became a four-time quad rugby national champion, and in 2004 was named quad rugby player of the year. Mark was a member of the bronze medal-winning U.S. team at the 2004 Summer Paralympics, and the gold medal-winning team at the 2008 Games. 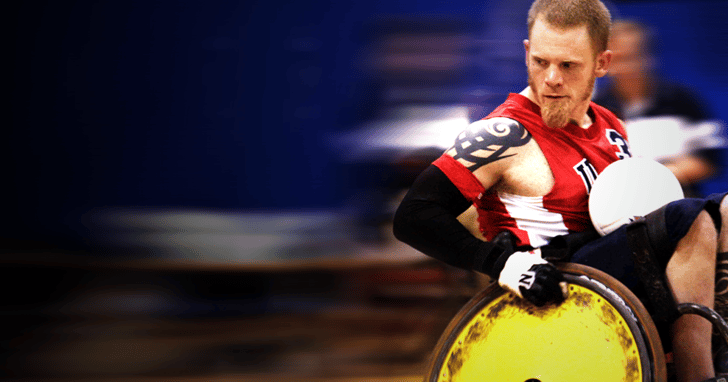 In October of 2006, Mark with the help of his friend Tim Swanson, wrote his brutally honest autobiography titled Gimp. Not only an elite athlete, inspirational speaker, author and a civil engineer, Mark has also appeared in several feature films and TV shows. When asked if he would “turn back the clock on that day,” Zupan answered “No, I don’t think so. My injury has led me to opportunities and experiences and friendships I would never have had before.” This winning attitude keeps Mark going, earning new successes all the time.

In Mark’s mind LoFric® is the “Cadillac” of catheters. Why use LoFric? Mark has experienced UTIs and problems with other catheters over the many years since his injury. Since switching to LoFric, he has experienced zero UTIs and enjoys the convenience and hygiene of LoFric.

Wellspect is proud to have Mark as an ambassador for our LoFric hydrophilic catheters. We were thrilled to hear of his return to the Paralympics. This time in the role of wheelchair rugby analyst for NBC Universal. Congratulations Mark!