How does Parkinson's affect the bladder?

In the second out of two posts, we explore how Parkinson’s Disease (PD) affects bladder and bowel function, and hear from those who eventually found effective ways to manage their symptoms. 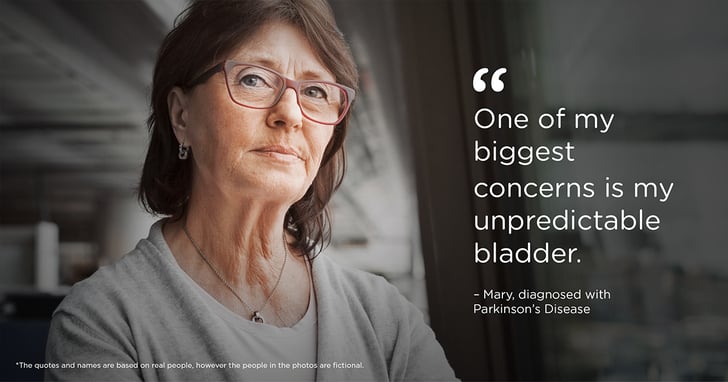 Bladder difficulties are common when you have Parkinson's disease, particularly in the later stages of the condition. The symptoms differ from person to person, but the most common are:

We spoke to Mary and Jerry, who both have Parkinson's disease. In these excerpts from our free guides - Bladder and Bowel dysfunction when you have Parkinson's Disease, they describe how the progression of the disease led them to seek out effective bladder management routines.

To learn more about how Parkinson's affects bladder and bowel function, and effective therapies for managing these symptoms and functions, we've made these free guides available for download. 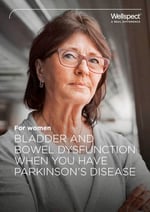 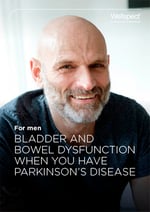 I was 34 when I first noticed symptoms. My family observed that I wasn’t walking properly
and that I didn’t swing my right arm. At work I noticed that I missed keys when I was doing keypad work and I started to tremor.

I realized - this wasn’t right. My general practitioner sent me to a neurologist, who prescribed a course of medication. It worked and it was confirmed that I had Parkinson’s disease. People consider it to be an old peoples’  disease, and that I’m too young to have it. And with medications I do look fine, but they don’t see the times when the medication has worn off, and the hidden challenges I have.

One of my biggest concerns is my unpredictable bladder. I often have the sensation that the bladder is very full, and yet when I go to the toilet, there is a very small amount to take care of. This happens throughout the day and it’s really annoying, especially since I have trouble walking.

“When I was younger, I could fall asleep anywhere. People made fun of my ability to just close my eyes and have a nap on the train, or in the hammock. I kind of miss that, as I wake up four or five times per night with an urge to go to the bathroom.

I don’t get the rest I need to deal with the rest of my symptoms – I’m extremely tired. Apparently, Parkinson’s not only affect my ability to move, but my bladder.

This is an embarrassing subject, but when I mentioned my symptoms at the doctor’s, I got better help. It turned out that my bladder wasn’t completely empty after my toilet visits and I now use urinary catheters to make sure everything comes out.”

Female and male anatomy are different, and the effects of Parkinson's disease may have different effects when it comes to bladder and bowel dysfunction.

The bladder and bowel also interact and effect the functioning of these processes. In these free guides, we look at the symptoms, effects and therapies available to manage this condition.

Bladder and Bowel dysfunction when you have Parkinson's Disease