“I usually say that I dived into a river and missed…” is how Rupert Langham answers when asked about the events that brought about his spinal cord injury. We talked to Rupert about bladder and bowel function, and quality of life.

From the UK, Rupert sustained a spinal cord injury over 30 years ago and has fielded a version of the same question a million times before. But today’s topic is rarely addressed even though it has a huge impact on life after injury.

– The day when I broke my neck, the surgeon in the hospital did nothing to embellish his message. He said that the level of my injury meant that I was a tetraplegic. When I asked him what that was, he said that I wouldn’t be able to walk, have children or work...

Luckily it was only the walking part that was true. Rupert met his future wife already at the hospital, and they have three children together. He works full-time in IT and enjoys vacations and travel when possible.

What wasn’t mentioned by the doctor, but became no less of a challenge, was the huge effect the injury had on his bladder and bowel.

If I would rank them, the bowel situation is the worst, the bladder problems second worst and the loss of sexual function third. I have a high injury affecting my hands but still the continence issues are more upsetting than the limitations my hands bring.

Already from the start, Rupert learnt how to self-catheterize for emptying his bladder. Being able to perform catheterization on his own gave him a sense of freedom and it became a part of his everyday life.

Over the years, Rupert also received botox injections to calm his overactive bladder, and later on a surgery (clam cystoplasty), but the bowel remains the cause of his biggest challenges.

– The bowel treatments were very poor at the time and it seemed impossible to find a regular routine. I spent hours every day in the bathroom and when I was out, I always needed to know where I could find a toilet. I became really obsessed with it.

The toilet situation became even harder for Rupert when he got hemorrhoids causing terrible bleeding. His hemorrhoids were so severe that he became anemic and had to get blood transfusion.

I didn’t know how to talk about it. In a strange way it felt like it was my own fault. It was really hard to be honest about the whole bowel situation.

Eventually it seemed inevitable that Rupert require a colostomy, a decision he made with mixed feelings.

– It made my problems go away. I didn’t need to spend so much time in the bathroom anymore and I could go on holidays and all that. But for my body image… It was devastating. It made me feel unattractive. The bag feels off-putting and sometimes it leaks, causing an odor which is very embarrassing.

Many people suffering from neurogenic bladder and bowel dysfunction struggle a lot, and it is common that these issues cause depression and social isolation for fear of public accidents.

Rupert has experienced bouts of depression, but has sought out support to deal with this. And despite all these challenges, Rupert has made peace with his circumstances. 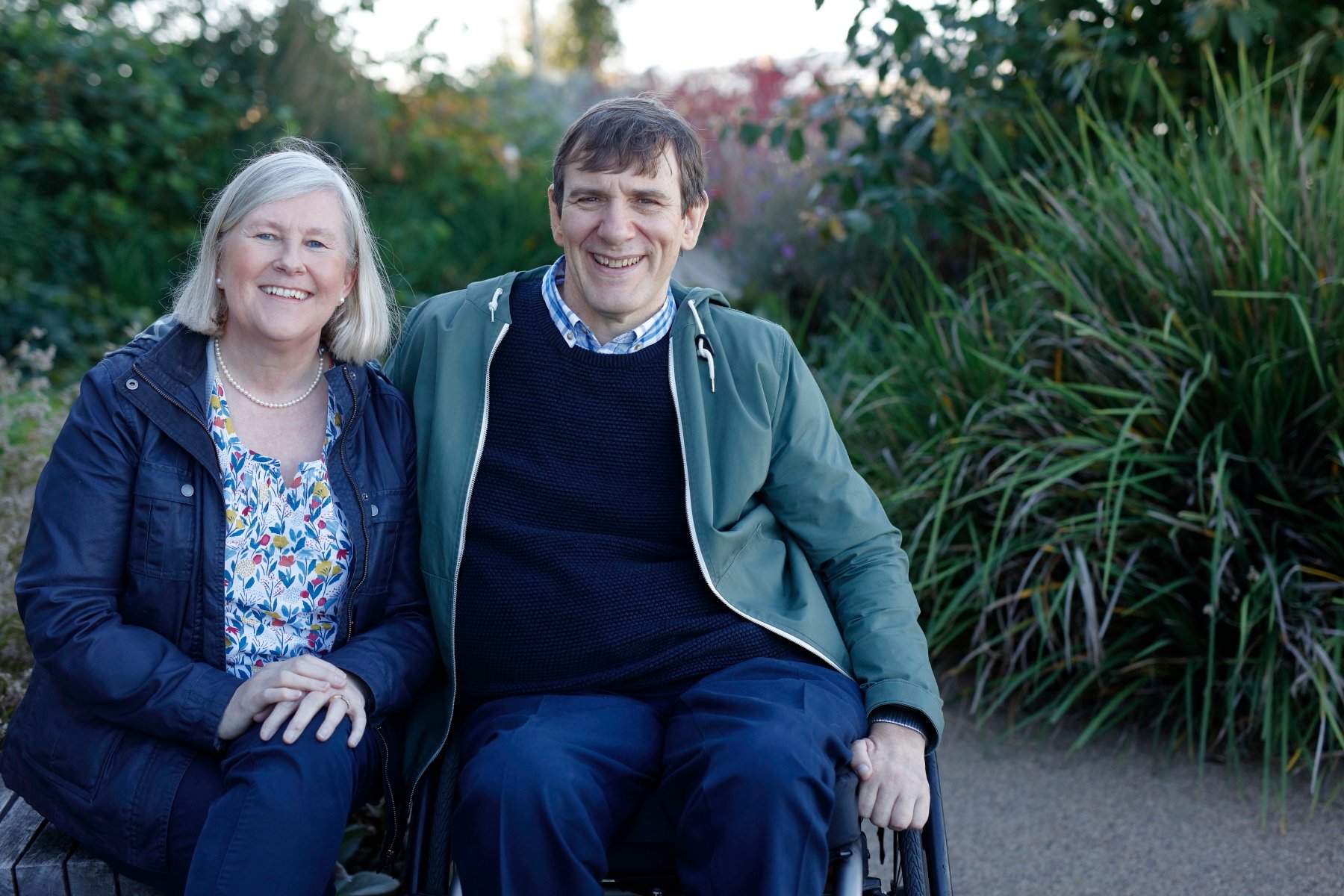 – Still, life has been very good to me. I don’t see it as my life having been disrupted – it was more of a re-birth. I couldn’t waste the rest of my life. I survived, then I met and married Karen, and experience the fulfillment of being with a companion. And the kids have given me so much joy. I’ve got challenges but I have succeeded – it's a good feeling.