What a paralympian packs on the road

Michael Kerr, of the Great Britain Rio Olympics rugby wheelchair team, talks about how an all-in-one catheter kit fits in with the life of a travelling athlete. 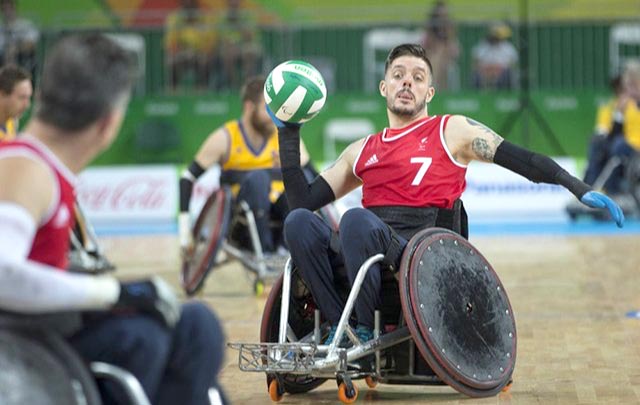 Sport has always been central to Michael Kerr’s life. In August of 2000, after finishing a health and fitness course at college, Michael embarked on a holiday with friends before basic training was due to start with the army that September.

Whilst I was going through rehab, the physio told me about wheelchair rugby - I thought it was a wind up at the start. As I was interested in sport, this was something that really appealed to me. I went along to my first ever wheelchair rugby training session with a team called the Scottish Wildcats. It helped me regain my independence and to build up strength and fitness in an enjoyable way, making everyday tasks easier. It also has a great social side and I’ve met people who are friends for life.

His progress was rapid; after a few years playing in the domestic league, Michael wore the captain’s armband for team GB at the World Championships 2014 and went on to play at the Rio Olympics in 2016.

As a tetraplegic, Michael has lost the ability to completely empty his bladder, and began using disposable catheters to ensure total voiding, necessary for avoiding urinary tract infections.

When I was in the spinal unit, I was shown how to catheterize and took to it immediately.

Using disposable catheters allowed Michael the convenience and independence of voiding at a time of his choosing, but training for the Rio Olympics involved a 4-5 hour drive from Glasgow to the Midlands in the UK, so Michael needed a convenient solution for voiding while on the road.

The Rio Paralympic team had urinary nurse Bev Everton on staff to support the athletes. Bev introduced Michael to an all-in-one kit that many of the athletes with spinal cord injury, and associated continence issues, used. Much like an ordinary disposable catheter, an all-in-one kit also contains a collection bag, and without access to a toilet while travelling, this has proven to be an indispensable part of Michael’s routine while touring

The difference between a regular disposable catheter and an all-in-one kit is that there are no separate components to attach to the catheter; no bag to connect, and no connections that might give risk of leaking, as everything is provided. On the plane or whilst driving, Michael can discreetly void his bladder in a matter of minutes under a blanket, without the need to access a toilet, and can then dispose of the kit when convenient.

My dexterity is very limited, I sustained an injury at C6, and I have no grip in either hand.

Michael has found that a textured grip function in an all-in-one catheter kit has given him far more control over catheterization, enabling him to open the catheter easily. In public spaces while travelling, a hygienic environment cannot be guaranteed, and to promote the avoidance of infection, an all-in-one kit should ensure that the actual catheter does not come into contact with any other surface.

It’s not difficult, in fact it’s so easy, I don’t even touch the catheter surface.

Now a coach with the Caledonian Crushers, Michael’s schedule continues to involve a lot of travel, and his all-in-one kit is always packed and ready. 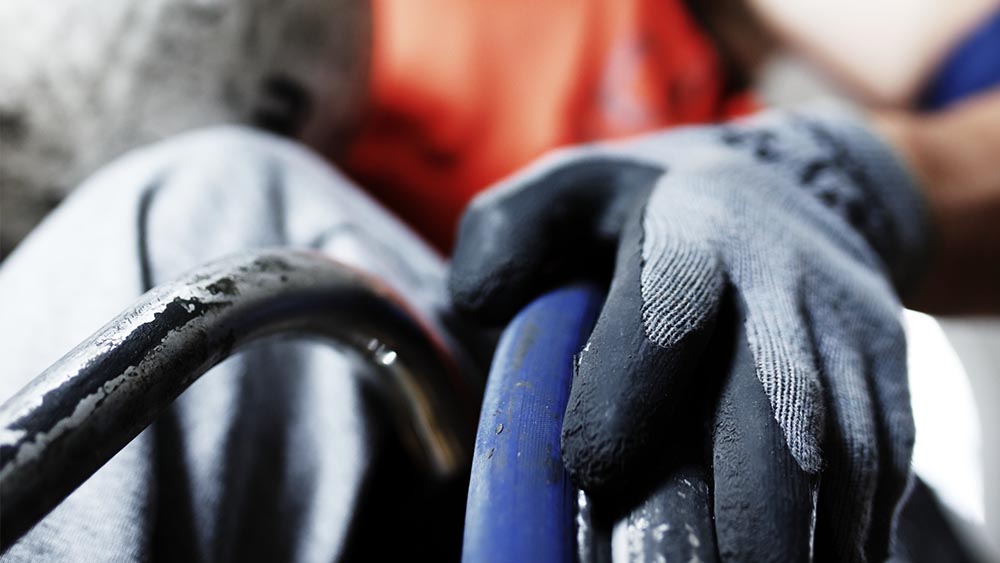 After 10 years of representing GB, I decided to step down and concentrate on other things - and I am setting up a charity to support people with spinal injuries. Wheelchair rugby gave me so many opportunities and opened so many doors … I don’t know what I would have done without it.