Daniel Jenkins needs to be out in his town every day. As a pastor, he supports his community and often makes home visits. Paralysed after an operation 12 years ago, Daniel lost sensation in his lower abdomen, including bladder control. In this post, he explains how an all-in-one catheter kit gives him peace of mind and allows him to fulfil his obligations. 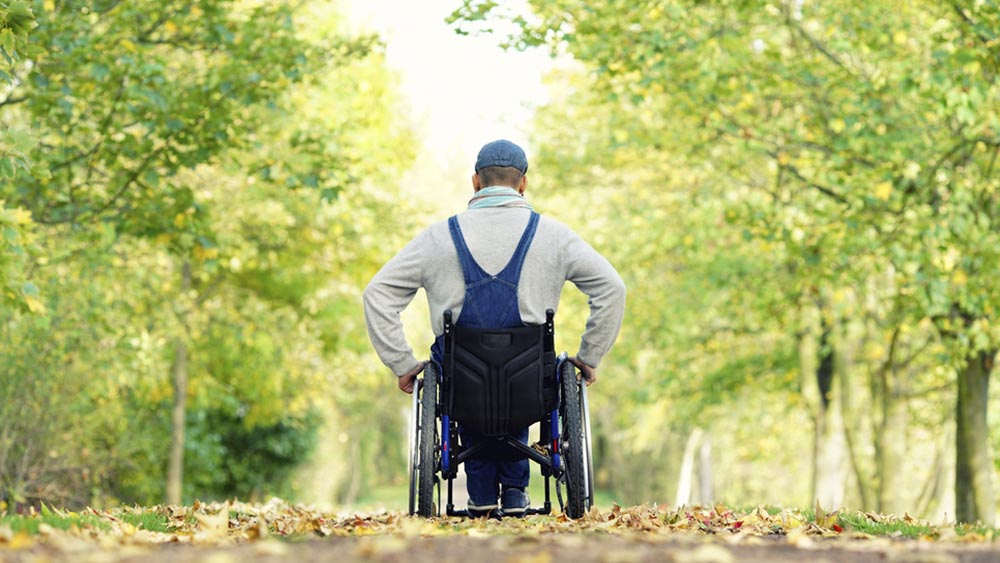 Born with Spina-Bifida, Daniel was able to walk following a number of corrective surgeries, and retained a functioning bladder and bowel. In his late teens he noticed frequent loss of balance as well as regular instances of bowel and bladder incontinence. His neuro surgeon suggested a double laminectomy to release his tethered spinal chord. Expecting to resume full mobility after the recovery period, it gradually became apparent that damage had been caused to his spinal cord at L3; Daniel was no longer able to walk. He spent 3 months in a Spinal Rehabilitation Unit adapting to life in a wheelchair and the effects of being incontinent of bladder and bowel due to nerve damage.

"I just needed to get on with it"

says Daniel about self-intermittent catheterization. The alternatives were wetting the bed, or using an indwelling catheter, with all the risks of infection that this carried. A nurse introduced him to disposable catheters and he fumbled through a few products before eventually settling for an all-in-one kit.

Not having control over my bladder stopped me from going out - I lost confidence, so the psychological benefit was immense.

The disposable catheters were useful, and while many have found them to be indispensible to their daily continence routine, Daniel found that, as a wheelchair user, there were still hurdles to negotiate:

If you are unable to access an available toilet with a wheelchair, or have difficulty moving from the wheelchair to the toilet to perform self-intermittent catherization, then an all-in-one kit provides peace of mind.

Daniel has no balance while sitting, so an all-in-on kit allows catheterization without the need to manourvre between the wheelchair and toilet, as the kit has a bag to capture the urine, rather than needing to position himself so as to allow urination directly into to the toilet.

I've tried other catheters, and I have to be packing all these different components when travelling.

This could have proved difficult when Daniel found himself on a long train journey:

On one occasion a few years ago, the accessible train toilet was out of order and I was in for a 4 hour journey after stopping for a coffee on the way to the station. I knew it was going to take some clever manoeuvring, but I had to go - so I covered my lap with a coat and used the all-in-one kit.

No messing with attachments or leaky connections, an all-in-one kit allows discreet and hygienic catheterization, even in public, and as a pastor, Daniel has no issues making his round of daily home visits to his community. If he can't access a toilet because of his wheelchair, it's not a problem:

I just need a room, and it takes a couple of minutes, depending how regularly I've been to the toilet. The bag can then be disposed of later.

A user of all-in-one kits for the last twelve years, Daniel will ordinarily pack around 10 kits in his satchel for the day, and performs catheterization as often as most of us urinate, around 4-5 times a day. Having recently moved to a new town with his wife, he has his work cut out as he starts building a community around his new church, and he has the assurance that catheterization will not be an issue as he goes about another busy day.