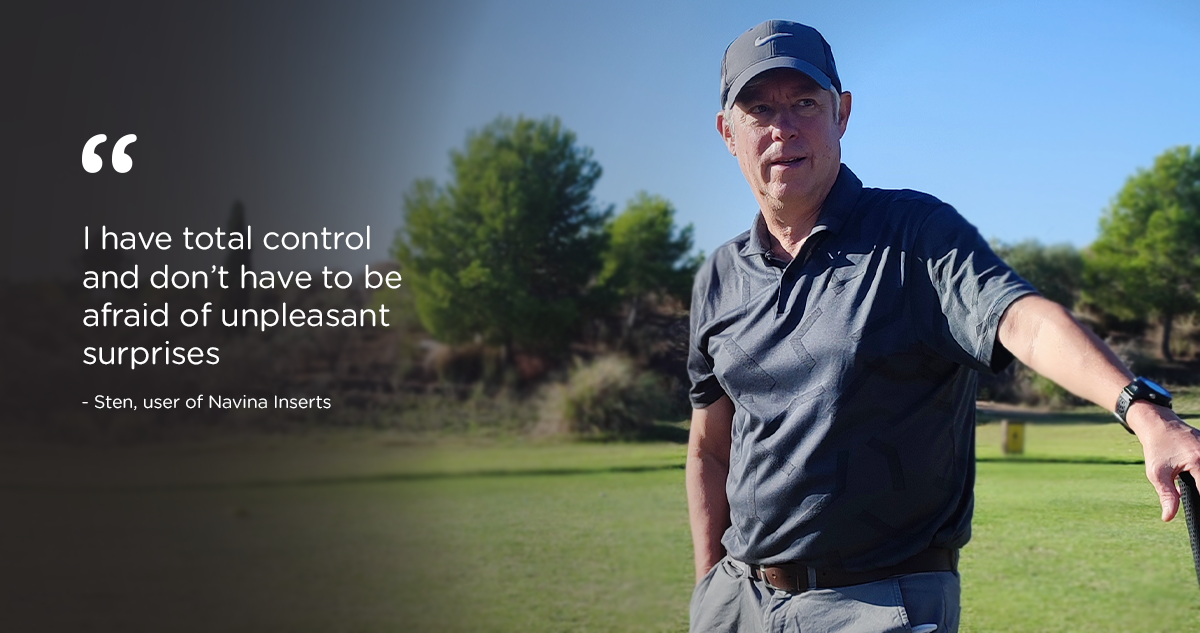 He sought help from a urologist to check his prostate and was sent for a bladder screening – just to be on the safe side. That’s when a tumor was found in his rectum.

In January 2021, part of Sten’s intestine was removed and with it went the tumor. During a transitional period, he received a temporary stoma – but due to staff shortages during the pandemic, the stoma was not removed until 5 months later. Now Sten was given the all-clear – but had to come to terms with the fact that his operation had caused complications in his daily life, especially with his bowel function, creating accidental leakage.

Sten is a very active person – in addition to playing golf, he swims long distances three times a week, plays paddle and tennis, and also goes to the gym a couple of times a week. When the opportunity arises, he hikes and skis at the family lodge in Vemdalen in Sweden. Bowel function and digestion always work better with physical activity, but after surgery, incontinence may occur.

One must be mindful that change will be necessary.

As the body’s functions changed, Sten used medication to calm his bowel and make the stool firmer. The real problem in Sten's case was gas, which exerted pressure upon the bowel, causing incontinence, in other words leaking poo.

Sten received help from a nurse at the rehabilitation clinic to find a good bowel management regimen, trying different medications and methods. Eight weeks after the stoma, Sten was able to resume his training again. At this point he felt that he could live a normal life and keep his leakage under control. But having previously gone to the toilet regularly every morning, he now only needed to go every three days. This meant that if he were to train on day two or three after the last toilet visit, there was a risk that leakage would occur, which was unpleasant, and caused anxiety, especially as Sten is a keen swimmer at his local pool. 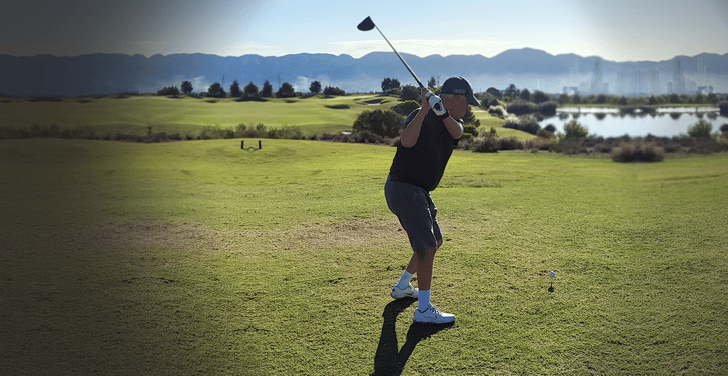 Sten says that his prescribed plug does work, but the handling becomes messier as it must be inserted with the finger, and then there is an embarrassing string that hangs out. It is also difficult to feel when it is positioned correctly, and sometimes there is the feeling that it is sitting at an angle.

With Navina Inserts, I have total control and don’t have to be afraid of unpleasant surprises.

Sten adds: Navina Insert, on the other hand, is easy to insert, and feels hygienic thanks to the use of a small guidance insertion device. You know immediately when it’s in place, he says, nor is it visible when your buttocks are pressed together – and you can hardly feel it.

It’s incredibly important that you can feel safe and secure when you train, says Sten, and continues: When I go swimming, Navina Insert is my only choice – because it makes me feel completely safe.

Last time, I forgot it was there and did not realize until I was going to bed.

Sten recommends to anyone in the same situation that you take plenty of time to try out different sizes together with a nurse. Exercise so you get into a routine. If an emergency arises, you want to be able to handle your own care quickly and easily, with confidence in a reliable product, which is exactly what Navina Inserts are – it's a great product!

Sten contacted Wellspect about his experience with Navina Fecal Incontinence Insert and agreed to share his story with Wellspect’s followers. For this he has received a symbolic renumeration.