Helen was so embarrassed about her continence problems that she kept them a secret from her husband and family, coping in silence. Her quality of life steeply declined and she developed depression. Today Helen has found a way to manage her unreliable bowel. This is her story. 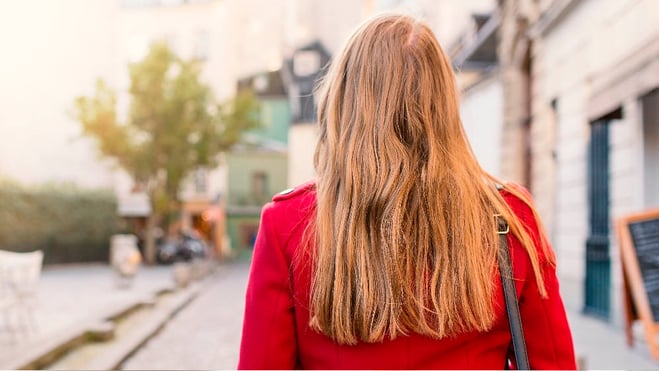 Helen has multiple sclerosis (MS) and struggles with bladder and bowel dysfunction due to her condition.

– Of all my MS symptoms I’d say continence struggles are worse than any other symptom. People can’t see it like the obvious physical leg problems, and some have difficulty understanding the hidden symptoms.

Helen experiences bladder spasms, occasional leakage, and her bowel is also unpredictable. Constipation is a common symptom among people with MS as well as fecal incontinence and incomplete emptying. Bladder and bowel are closely related and Helen has noticed that her bladder and bowel interact.

– The bowel and bladder definitely impact upon each other. If my bowel feels full and blocked, I can’t pee properly until my bowel has emptied, and it also causes pain.

The bowel problems in particular have caused Helen a lot of misery. She has tried all options available, most recently suppositories, to aid with the difficulties of her MS bowel dysfunction.

– Doctors tend to want to give you fiber drinks, but these can cause stomach pains and frequent toilet trips which adds to the stress when you can’t get to the toilet fast enough. Bowel alerts are often last minute – and my legs aren’t moving fast enough.

Helen sunk to a very difficult point, where her continence problems were dominating her life and decisions. She had to stop swimming for fear of accidents. An outing meant mapping out the public toilets. Even visiting friends would fill her with dread.

– I lost friendships since these friends couldn’t understand why I wouldn’t visit them. I had explained that the trips were very stressful to me; that I had bowel issues and needed to know where the toilets were situated en route. Taking a flight was also a challenge. All this meant that I didn’t feel confident to visit.

Difficulties talking about it

Many people with bladder and bowel problems suffer in silence, due to the stigma surrounding these conditions. It made Helen feel alone and not understood.

– It’s so personal. People don’t feel comfortable with the subject and it’s exhausting having to keep explaining. Plus, for myself and many others it’s a big mental hurdle. Continence problems can really have a negative impact emotionally and on relationships.

Helen even tried to hide her problems for her husband in fear that he wouldn’t find her attractive.

– MS causes many losses. Relationships are put under strain and for me it was about protecting my personal life with my husband. I miss the person I was, post MS, and my husband does too. That’s why I choose not to talk about it.

Bladder and bowel dysfunction, especially in combination with mobility issues, can mean a loss of freedom. Being dependent on others definitely affects quality of life.

– I thought that if I couldn’t deal with my own continence issues I wouldn’t want to live, so it has been a big issue for me. The thought of returning to dependence as an adult, was too much.

Luckily, Helen happened to see an advert in a MS magazine describing a drug free, bowel irrigation system with an electronic pump, making it possible for Helen to manage her continence issue. She obtained a prescription, received the equipment and after some training uses transanal irrigation (TAI) to empty her bowel.

– Now my life is not dominated by fear of bowel accidents and working out where the toilets are to such an extent. I have returned to my weekly swimming session. I have now also taken a flight with the system in my hand luggage. 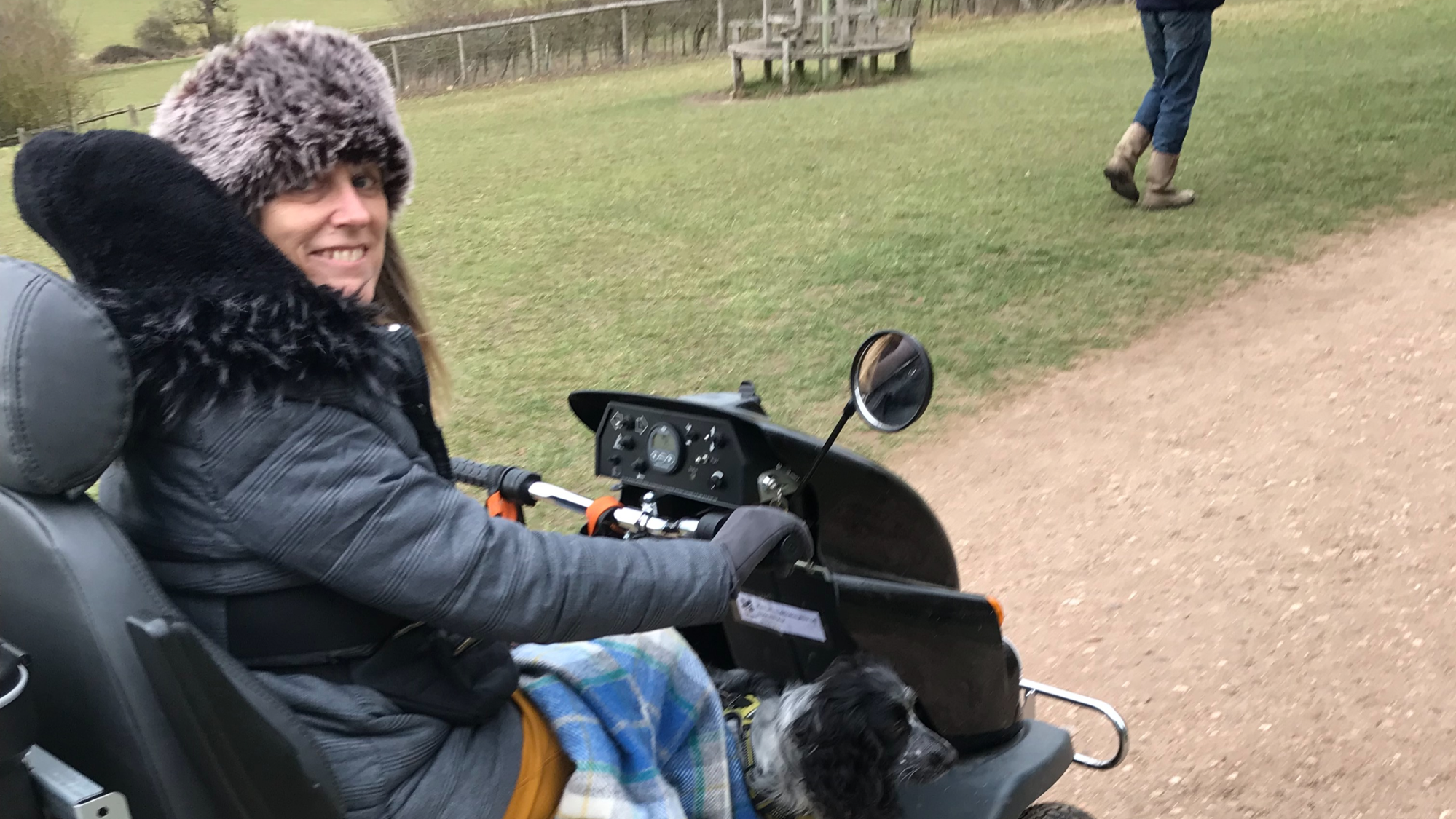 Helen out and about with her dog Elma, who is also her assistance dog who also picks up dropped items, pulls washing from the machine and fetches items.

Using TAI has made Helen less dependent on others. She has recovered some of her freedom and her quality of life has improved. She has also been able to tell her husband and teenage daughter about her situation.

– Using the pump has allowed me to feel better about myself and my life because I'm no longer keeping a secret and trying to hide anything from my close ones. It's improved our relationship. Nothing replaces a normal bowel function, but I feel much more in control of my continence problems. Now it’s just a part of my life.