How I became a Paralympic Archer

Mikey became spinal cord injured during an assault course in the army. Today he's using a bow instead of a firearm, and made it to Paralympics in Rio! 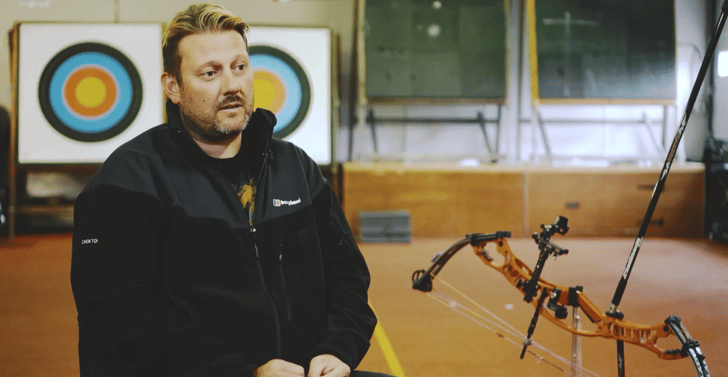 Mikey wanted to join the army since he was a kid, and that's what he did. He was in the Falklands, Northern Ireland, Bosnia, Kosovo and many other places around the world. When he got injured he was a corporal in the First Queen's Dragoon Guards – and he loved his job.

But one day everything changed. There was a competition in the regiment; an assault course where the participants wore rucksack, webbing and helmet. On the last obsticle his rucksack got stuck on a rope bridge and he fell down on his back. He cracked two bones in his neck, and fractured his spine in seven places.

"They had to put a titanium plate into my neck, bone graft on my hip and they had to fuse me all together".

Mikey spent 9 months in a hospital and after that it was constant rehab. He missed his job.

"It was the only thing i was good at... Apart from archery, now of course", he says with a smirk. "I was a good soldier".

Eventually he started doing sports again. He did triathlons and ironmans, and he also took an archery course. He participated in a competition called Invictus Games and was discovered. The head coach of the paraplegics asked Mikey to come along and do a test shoot, and the rest is history.

"I've always liked shooting different types of weapons. I've always found I've been good at it, for some reason. Probably it's the country boy in me", Mikey says with a smile.

And it almost sounds like some sort of theraphy when he talks about it.

"It's relaxing. You don't have to think much, you just point and shoot. If you start thinking about it too much, that's when you start losing it", Mikey explains."I'm one with myself. I can be in my own bubble". 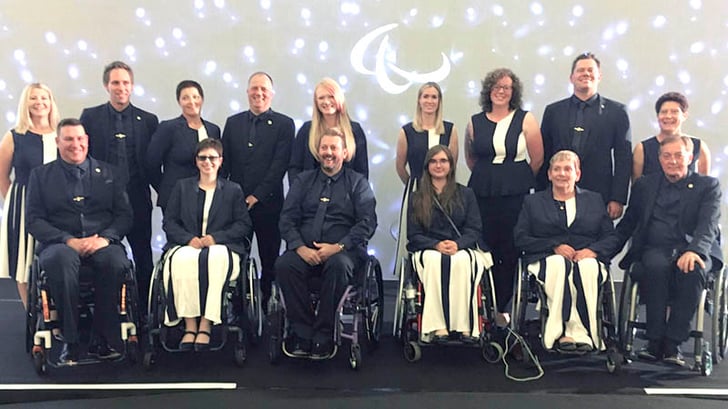 Now he is in the British National Team and the Paralympics will be his biggest sports challenge (so far). And he seems to have made peace with his injury.

"I had my accident in the forces and I thought my life was over, but as I see it now, as one door closes, another one opens. So just get out there and do it!"

Don't miss the blog post about Bev Everton: Being a Paralympic nurse!

Archery due to Paralympics
Whether using their hands, mouth or even feet, archers prove that there are no limits to hitting a target positioned 50 m or 70 m away. As well as having a good aim, they need to be very focused, strong and calm to shoot their arrows and get the highest score.
At the moment, the athletes with the most medals in this sport are Italy’s Paola Fantato (eight) and South Korea’s Tae Sung An (six).