I was 26 and diagnosed with Multiple Sclerosis

It was an ordinary morning, except for the fact that Lee woke up with a strange tingling feeling and numbness in his hand. As the day went by the numbness travelled up his arm, all the way up to his shoulder. 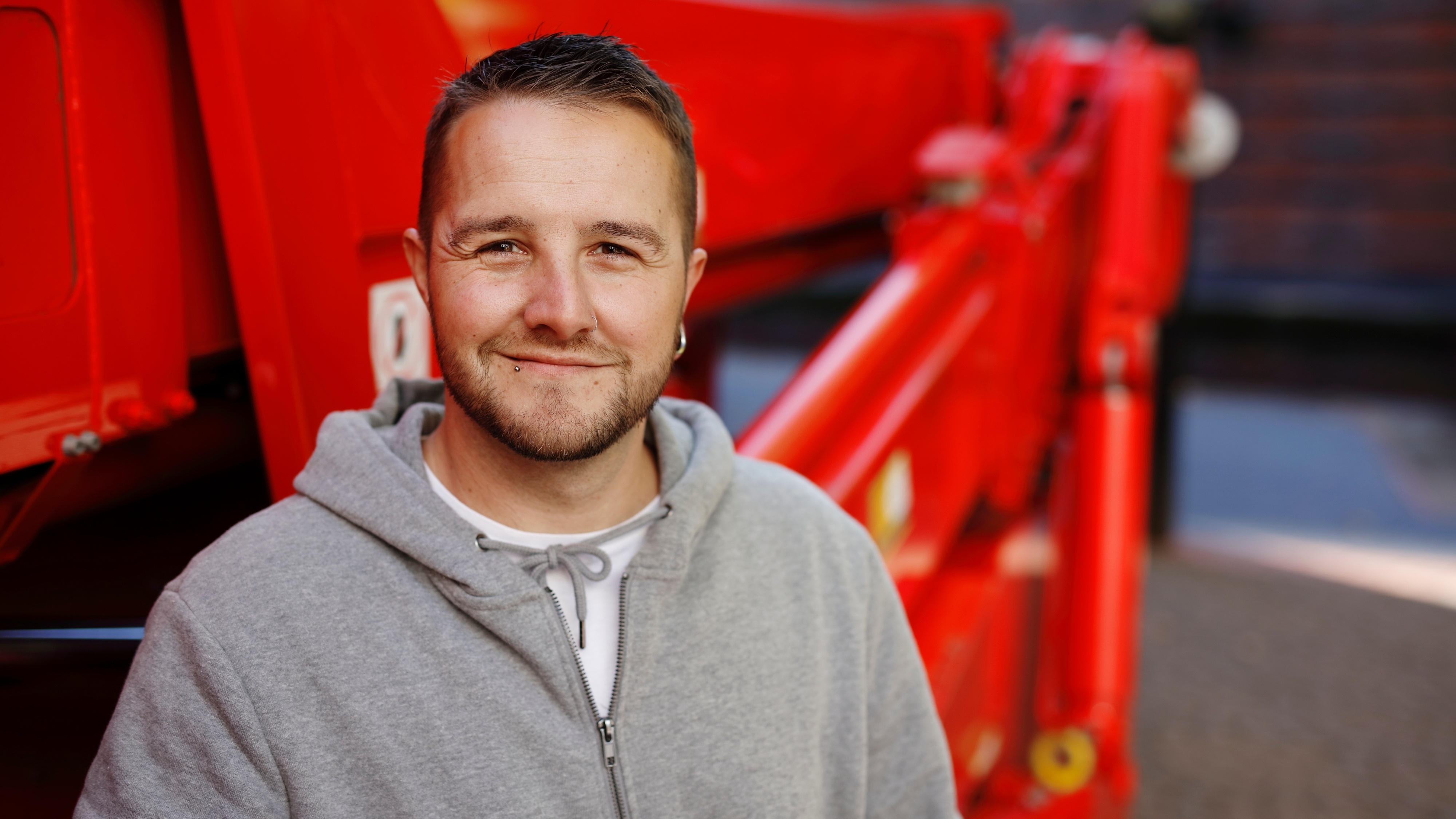 Being a construction worker he thought it might just be a trapped nerve and didn’t think more about it until the next day, when the numbness had reached his face, and he got scared.

– I understood that the symptoms could be a sign of something serious, like a stroke, and I realized that I had to go to the hospital.

A visit to the doctor’s calmed him down, and more or less confirmed the trapped nerve theory and Lee started physio to see if that could release this numbness.When nothing helped he went back to the doctor’s, had a new examination and a MRI. This time he got the true answer to his symptoms. Lee had lesions, two in his brain and one in his spinal cord.

He was 26 years old and suddenly diagnosed with MS.The world fell apart for Lee who lived an active life with two small children, mountain biking and fishing.

– It was hard to take in that I had gotten MS. I googled a lot and read all these horrible stories, which didn’t do any good for me… I became really sad and depressed.

Lee has had four relapses. The first one that lead to the diagnosis. A second one causing vertigo – an intense dizziness that makes the world spin around you, affecting the balance. A third one where the tingling feeling, numbness and loss of strength reached his leg. And a forth one that affected his bladder and bowel. Lee got a urinary leakage problem, but also constipation and other bowel issues.

– The toilet situation really worried me. Nothing seemed to be working and I had more or less given up. I didn’t think that anything could be done, so I left the thought of finding a cure, kept struggling and avoided to leave the house.

After a time Lee’s wife persuaded him to talk to his MS nurse, but Lee wasn’t too comfortable about it. Yet he did, and the nurse realized that his bladder and bowel problems might had something to do with his MS, and sent him off to a bowel nurse.

After tests and examinations he was presented to a bowel management therapy called transanal irrigation (TAI), and got new hope. TAI helps prevent constipation and incontinence, and restores predictable bowel function. This particular equipment had an electronic control unit.

– This equipment was very self-instructive – it took me two, three days to get used to it. Now I use it to empty my bowels every second day and I consider my bowel problems solved. It is such a great relief! I’m starting to get my life back on track, and I feel confident enough to go out again.

Lee's urinary leakage problems is so far solved with medications and now when he is back in control over bladder and bowel, ha has gone back to work. When his colleague called to ask him if he wanted to come back to work two days a week, the answer was easy.

– Of course I want to work. I’m in the digger now, using joysticks instead of doing the other more physical tasks at the construction site. It’s perfect. It gets me out of the house. It clears my head and keeps my mind active!

In a couple of days he is doing his first travel in years – to Disneyland with his wife and two little daughters. But he will also bring his bowel system.