Searching for a bowel therapy

"A motorcycle accident. A car tried to make a U-turn on a bridge, just meters ahead of me. The crash was unavoidable. The result was a Spinal Cord Injury (SCI). Two weeks later I found myself in a hospital bed, crying and stinking…"

These are the words of Kent Revedal, whose life was turned upside down in a second, a few years ago. His story is valuable for everyone, but if you suffer from a similar injury, or similar bowel problems due to an injury or illness, you will find comfort in reading his blog posts. 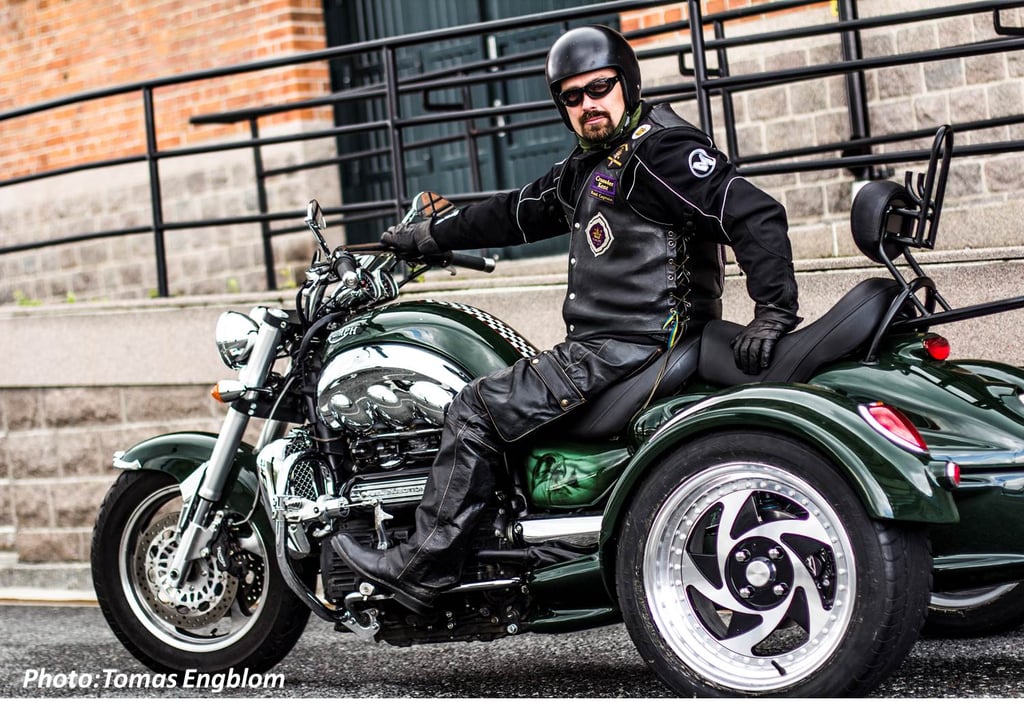 We are very happy to present Kent Revedal, CEO at CercaDeTi Rehab and author of the book Smällen (The Crash), as our new guest blogger. And at this very moment you are reading his first post written exclusively for this blog!

I'm in my early forties, I´m a double business owner. I live with my family in a nice house in a nice area with nice neighbors. I'm in the middle of a successful career as a management consultant.

But all this is totally irrelevant now. It’s of no use to me.

It's the middle of September 2010 and I'm in a hospital bed while two women try to clean me up after an ”accident”. Tears are rolling down my cheek while I try to hide both my face and tears from the women.  Why do they call it ”accident”? I pooped my pants! Two weeks earlier I was in a motorcycle accident. A car tried to make a U-turn on a bridge, just meters ahead of me. The crash was unavoidable. The result was a Spinal Cord Injury (SCI). And that’s why I'm in bed, crying, stinking like never before.

SCI and the bowel

One consequence of a broken spinal cord is loss of control of bladder and bowel. I have no control of my sphincter muscle. And no sensation there, like ”normal” people have. The first six months after my injury were a roller-coaster with my bowel. I was either constipated or had diarrhea. It was like a pendulum. Going from one to the other. I felt like I was beaten by that pendulum every time. Hard. There is nothing that takes away your dignity more than having these ”accidents” in public.

One time I was sitting in that ugly orange wheelchair that I had got in the hospital and had a nice chat with some friends. All of a sudden there is some really bad odor emerging. I was certain one of my friends had farted. But the odor just got more intense and after a few minutes I realized it was me! Had to ask my friends to leave so I could take a shower and try to clean myself. During the first six months I throw away so many underwear I think I totally renew that part of my closet.

During the first few months the opposite was actually more common. The bowel works so much slower when you have an SCI so constipation becomes the default setting. That's why they treat us with all kind of medicine to avoid getting constipated. I especially remember one time at rehab, I was in so much pain after not being able to go to the toilet for a few days. When the nurse came and talked to me, I could not even look at her. I had my focus straight into the wall, unwilling to move to cause any additional pain.

After a few weeks I was a nervous wreck due to this dysfunctional bowel. I asked the staff at the hospital how long it would take until I could get control of it. They said I had to expect around 6-8 weeks. Boy did they lie to me or what? It was more like six months!

I became obsessed with using the bathroom just to avoid these accidents. After about 2,5 months I got home from rehab and probably used the bathroom 6-8 times a day. Just to feel safe. Yet it did not prevent accidents from happening, although it was less than before. Every time I left the house I always brought an extra set of underwear and jeans.

I realized that this situation needed to be solved somehow. I couldn't be a public speaker and keep on having these accidents. When teaching and coaching classes for business leaders I could not sit in front of them and ”poop my pants”. Either I had to stop working, or find a solution that could make me feel safe and help me keep on working. This is my story, but I know my story is shared by tens of thousands of people around the globe. I started to search for a solution. The solution presented itself in the form of TAI, Transanal irrigation. But thats another story, and another blog post. Stay tuned!

Click to see Kent Revedal on stage, talking about his experiences!