A solution to bowel management issues with Multiple Sclerosis

Kerry has Multiple Sclerosis (MS), with bowel problems among the many symptoms this condition presents. In the second part of Kerry's story she reveals how she took control of her bowels. 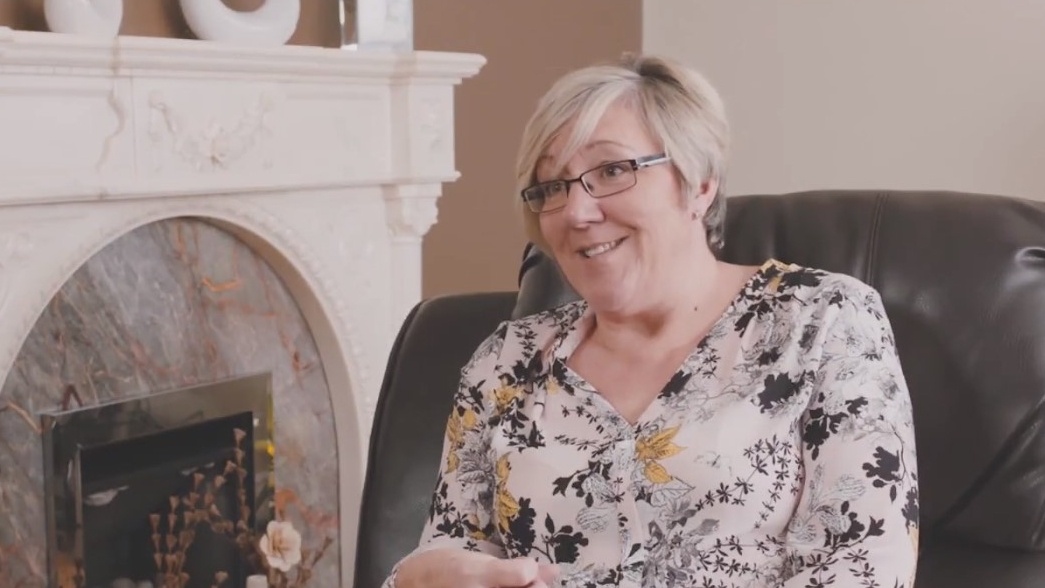 Many people with Multiple Sclerosis (MS) consider it difficult to talk about bladder and bowel issues. Some feel too embarrassed to bring it up at a doctor’s appointment, and it seems that even the doctors avoid the subject – or just lack the knowledge about the connection between MS and continence.

– When I went to see General Practitioners about my MS, they would never ask me about constipation or how many times I had been to the toilet. At the time, I wasn't going to the toilet for two to three weeks, which caused a lot of flatulence . . . and a lot of embarrassment. I had to stand up and say, "Look, I need some help here!”

When Kerry met with her continence advisor, now many years ago, she was advised to start with conservative methods, such as diet and lifestyle changes, at the first level of the treatment pyramid.
In Kerry’s case it meant plenty of water, fruit and fiber in her diet.

– And in the back of mind, I thought: "What's the point of this, because that's what I'm doing anyway and it isn't making any difference." 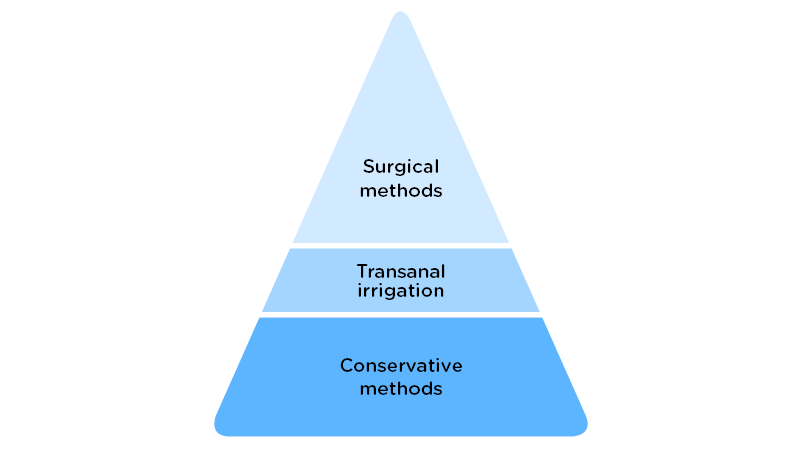 When there were no obvious results she was prescribed stool softener sachets - a powder to mix with water.

– It was basically a form of laxative that would make me go to the toilet. It was very frustrating though, because the sensation of needing to empty the bowel would come on very quickly, and since I have mobility problems I didn't always reach the toilet fast enough.

So then you would find me on the floor, in a little mess, feeling very angry and tearful at the same time.

After a few of those undignified moments, Kerry choose to stay on the toilet with a book after she had been drinking the solution, just waiting. And then her legs were definitely not very responsive by the time she was done.

– So how could you leave the house again and engage in social activities and holidays when you're taking this type of medication?

So Kerry persevered like this for a long, long time, unaware of any other treatments.

– Had I known, I definitely wouldn't have taken this path, because it just wasn't working for me, in any shape or form. There was a certain relief in the beginning when my bowel issue was acknowledged, but the medication and the options prescribed were just taking me backwards.

One option that hadn’t been taken into consideration for Kerry was transanal irrigation (TAI), at the second step of the treatment pyramid. By passing water in to the rectum, the stool is softened and the natural peristaltic bowel movements are triggered, so that the bowels can be emptied.

But neither doctors, nor patients with MS related bowel dysfunction, are always aware of this therapy. Kerry happened to hear about it when she attended a MS event, and decided to ask for it.

– TAI allows me to control my bowels. Now I can plan, and I think we need to have some consistency, some element of planning in our lives. That's the nature of being human. That is certainly the nature of being me. And living with MS means enough uncertainties without worrying about my bowels.

Part of the daily routine

– My bowel condition is no longer half the problem, a quarter of the problem. It's just not a problem anymore. Transanal irrigation has become a part of my life. It’s part of my routine. I go in, I clean my teeth, I do my irrigation, I go to the toilet and I have a shower. It just fits in with my life.

Another positive thing Kerry experienced was that when her bowel problems were solved, her bladder seemed to function better as well.

Are you considering TAI?

Patients might hesitate and think that the method is messy and complicated, but Kerry is confident that once they have tested the therapy the worries will disappear.

– I would hate to think that anyone actually gets to that low point where I was, where I was pretty desperate, before discovering TAI. It changed my life, but why believe me? Just give it a go! It's just lukewarm water. No drugs, no chemicals. For me personally, it reduced a lot of my healthcare appointments and improved my quality of life tremendously.

Go to part 1 of Kerry's story: Coping with my MS related bowel problems