Travel tips: Spread your wings and fly with me!

Having suffered a SCI at age 16, Kissinger Deng knows the pitfalls involved in flying as a wheel chair user. A Paralympian, he flies often as the goal keeper for the Oslo Sledge Hockey team. Here he shares his tips for a hassle-free travel experience.

END_OF_DOCUMENT_TOKEN_TO_BE_REPLACED

Being a Paralympic nurse

Not only the athletes are making it to the Paralympics in Rio this year – there are also a whole team of nurses and other medical staff on site. We got hold of Bev Everton, a nurse with the British Paralympic team. Bev always keep a survival kit in her bag, but not the kind you think…

END_OF_DOCUMENT_TOKEN_TO_BE_REPLACED

Bitten by the travel bug 2

Sebastian Forsén discovered the joy of traveling on a road trip in the USA a few years after he suffered his spinal cord injury.

Since then, Sebastian has crisscrossed the globe. Here Sebastian gives his best tips for those of you who are drawn to distant horizons.

END_OF_DOCUMENT_TOKEN_TO_BE_REPLACED

Bitten by the travel bug 1

Traveling most often involves discovering exciting new things - about yourself and the world around you. And not least, returning home, invigorated and stimulated.

For several years, Sebastian Forsén has run Welltrips, a travel agency that specializes in trips for people with some form of disability. Sebastian himself has a spinal cord injury, and has traveled extensively.

"You broaden your perspectives, when you travel," maintains Sebastian. "And you grow as a person when you see that you can handle more than you think."

Sebastian will give us his best travel tips in two blog posts!

END_OF_DOCUMENT_TOKEN_TO_BE_REPLACED

It’s an early December day and I have just boarded an aircraft between Stockholm and Frankfurt. It’s a two hour flight. Short and smooth. No risk of needing to use the toilet during the flight.

It turns out the flight is delayed since we do not leave the gate at the planned time. 15 minutes later the captain announces that due to snowstorms in Europe we have been scheduled for a slot much later. At the moment we may not be able to leave Stockholm for another 3.5 hours.

That’s when I realize I have forgotten to bring my urinary bag onboard. I feel the panic growing inside of me as I know that during these short flights there is no aisle chair that can transport me to the toilet... 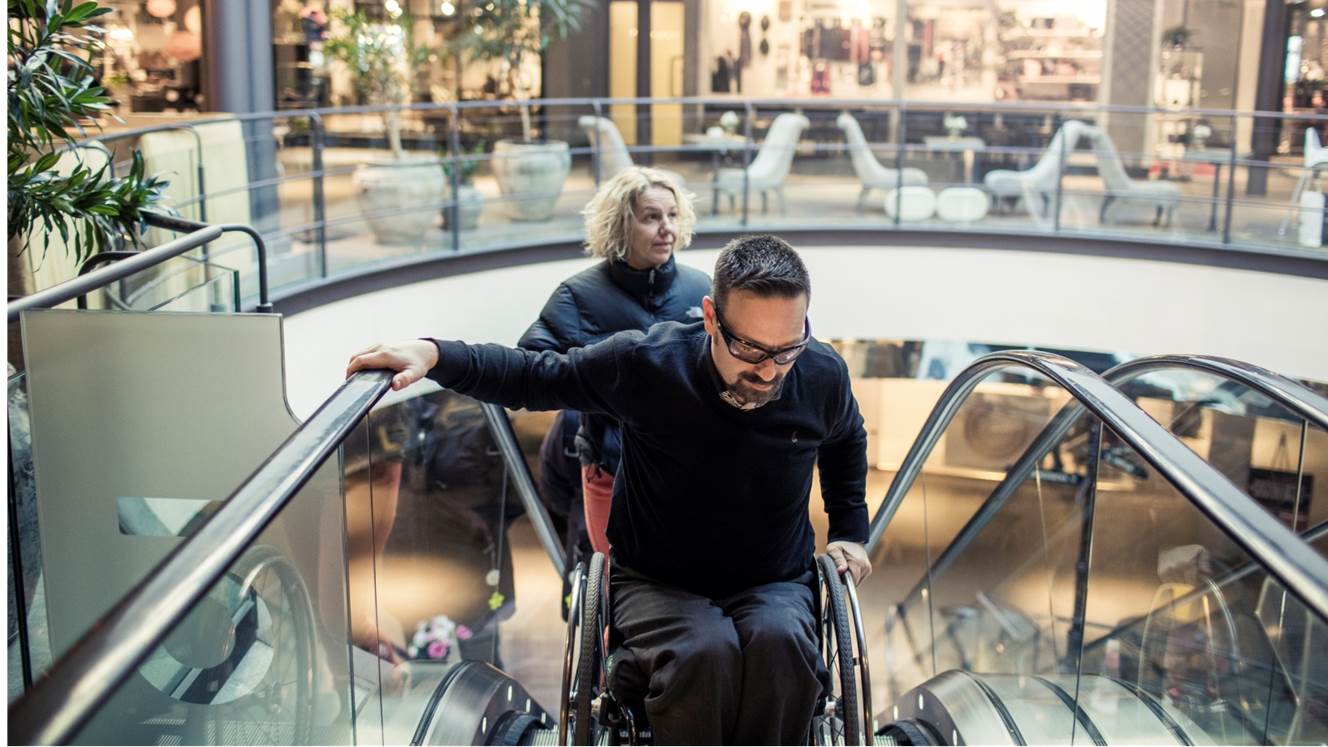